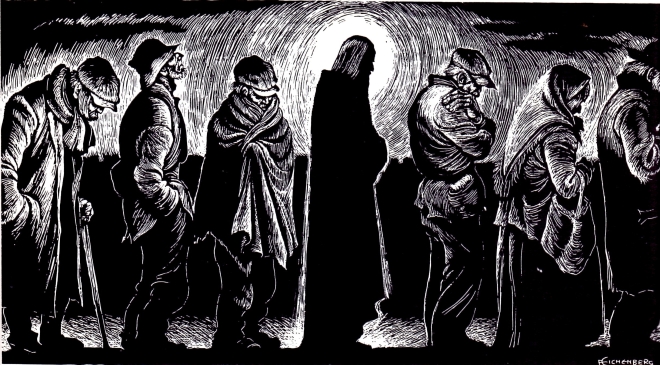 the past several days in deep mourning.  I have gotten a migraine every night since Tuesday.  This morning I woke up and felt wave upon wave of such sadness and then this afternoon I realized I was losing hope.

There isn’t really any worse feeling than losing all hope when you’ve hoped so very hard and believed change was around the corner… or a few corners.

Since I was a little girl I’ve always longed for people to feel included.   It’s a burden I carry with me and I’ve passed on to my children.  As I grew up in a culture rich in white privilege and racism, I began to internalize much of what I heard.  I still worked very hard to be sure my children were not prejudiced and I believed I was only a little prejudice.  I became pretty good at justifying why I held my “few” general, and negative opinions about certain people groups.  Afterall, my husband is Hispanic and my daughter-in-law is black, so I must be pretty much NOT a racist, right?!

In the past year, God has made it very clear to me that He is calling me to speak out for His children of color and the injustice they face on the regular.  It’s been absolutely EXHAUSTING.  The pain of what POC deal with daily and the hatefulness and disregard for the disenfranchised I’ve encountered in mostly my white Evangelical friends has broken my heart a time or two.

I wrote the above 2 months ago, in September.  I still am certain my God has called me to stand with the disenfranchised.  I’ve found myself since the (still unbelievable) election this past Tuesday dealing with loads of input from loads of friends and acquaintances.  Everything from rejoicing that America will become great again to assuming that because the next POTUS is a republican, that makes it all as good as it could be (nope, not imo) to comparing the Donald to Hitler and wishing ill upon him, and everything in between.

From Christian leaders whom I have great respect for, I have heard repeated calls to be a peacemaker, and that’s where I feel conflicted.  It reminds me of my mama whispering in my ear as a young girl, “Nice girls don’t speak out like that.”  It triggers every memory of this culture trying to shame me into being quiet or I wouldn’t be thought of with respect or favor.  What’s a Christian woman to do?!

I mean, am I not a peacemaker if I stand with and speak up for my marginalized sisters and brothers in love?

This is where I pause and admit that I haven’t always been very loving when I speak out on social media against those whom I believe have acted in hate or privileged insensitivity toward factionless.  I’m working on that…

I’ve come to realize some things about myself and the way God made me.  I am a 2 on the Enneagram.  I am a mama bear and fiercely protective of the people I most love and anyone I feel is being persecuted unjustly.  It’s almost physically painful for me when I witness others being left out or treated as outsiders.

I am also an empath.  I sense and feel deeply the pain of people around me.  I always have.  It’s been a true blessing and often a curse.

I believe I’m in His will.  I love a good respectful discussion, but when someone is flippant, insensitive or hateful about the fear or trauma others are experiencing, I feel such righteous anger that unfortunately, can sometimes turn into self-righteous anger, and then nobody is hearing anything on either side of anywhere.

I think being a peacemaker is about working toward unity.  I believe unity cannot truly occur without confession and atonement.  When this happens and there is sincere forgiveness, only then can reconciliation and unity bloom.

So, in realtime for white folks this looks something like:

really getting to know SEVERAL people of color, people from the LGBTQ community, and women in leadership

Relationship is everything, friends.  We want to be comfortable, but being His hands is never very comfortable if we’re doing it right.  When you open your hearts to other human beings and remember that He loves them just as much as He loves you and you are siblings, amazing blessings fall down on everyone involved.  We are called to love one another without judgement.  We are called to repent and turn from our sins.  We are told that ALL life is sacred.  Unborn babies are not more or less precious than homosexuals, black men (who may not live exactly as you do for too many reasons to list and based on recent events are not heard), or any other child of God.  We may feel because they’re voiceless, cute, and innocent that we are more called to defend here, but there is NO scripture to back that up.  ALL LIFE IS PRECIOUS, inside and outside of the womb.

Which brings me to BLM…

But that is for another day.